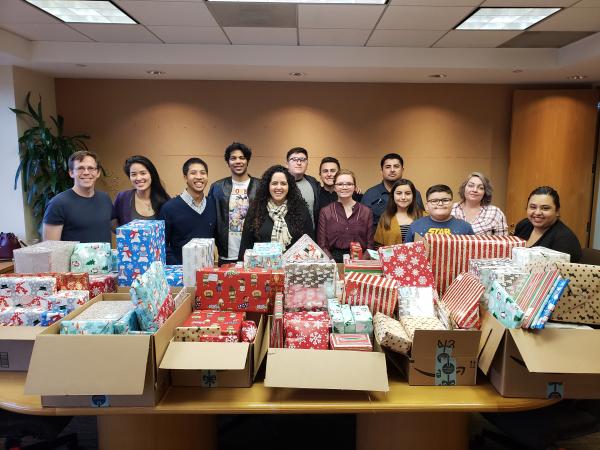 At our last LA Alumni Scholar dinner in October, fellow Milken Scholar Eileen Ung, MS ’10, sparked an animated discussion about service—what it means and how we can all have a greater impact. Service is one of the pillars of the Milken Scholars Program, so this holiday season we partnered with the Public Defender’s Office in Compton, CA to make a difference in the lives of children less often thought of during the holidays. That lively conversation back in October led to what ultimately became the Milken Scholars Program’s first-ever holiday gift drive to benefit children in the Compton community!

Over the past couple of months, we witnessed the strength of the unbelievable community we have in the Milken Scholars Program. Scholars (and friends) from across the country generously sent more baby toys, art supplies, action figures, athletic gear, backpacks, purses, electronics, and books than any of us could have imagined. What’s more, the Milken Scholars Program kindly agreed to match the total amount of money spent on these gifts!

On Sunday, December 16, Scholars in town came together at the Milken Scholars Program Headquarters in Santa Monica to wrap the more than 100 presents that had been donated by fellow Scholars and friends of the program. As the sounds of music legends The Beatles, Abba, Toto, and Justin Bieber filled the air, a group of expert gift wrappers came together to assemble more presents than could fit in a single car. Our volunteers included: Scholars David Tang-Quan, Caitlin Zellers, Luis Mercado (and his entire family!), staff members Joyce Cheng, Andrew Michaels, and Janet Gonzales, and friend of the program Neil Paik.

When I had originally reached out in early November to the head of the Compton office, Jane Newman, she told me the attorneys there had never organized a holiday gift drive either, so this collaboration was very exciting for us all. On December 17, I dropped the gifts off at the Los Angeles County Public Defender’s Office in Compton, located on the 8th floor of the Compton Courthouse. The attorneys I met with were stunned to see the volume of gifts (and quality of gift wrapping!) the Milken Scholars Program was able to achieve. As I sit here to write this reflection, I continue to receive text messages from the public defenders in Compton thanking us for our efforts. I hear that in just one day, well over half of our gifts have already been given to children in the community in celebration of the holidays.

Thank you to those near and far who made this holiday gift drive such a huge success. Happy Holidays to my Milken family! 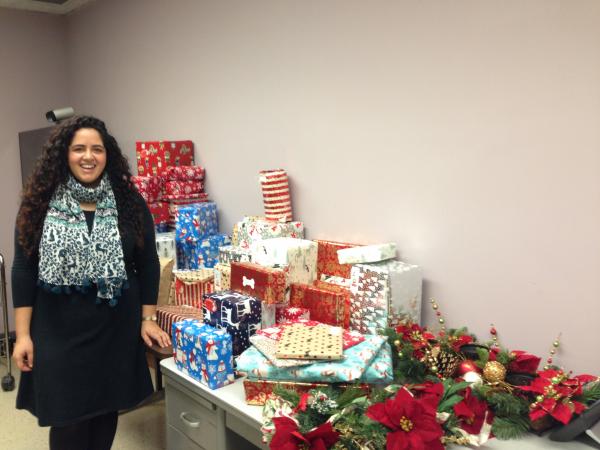