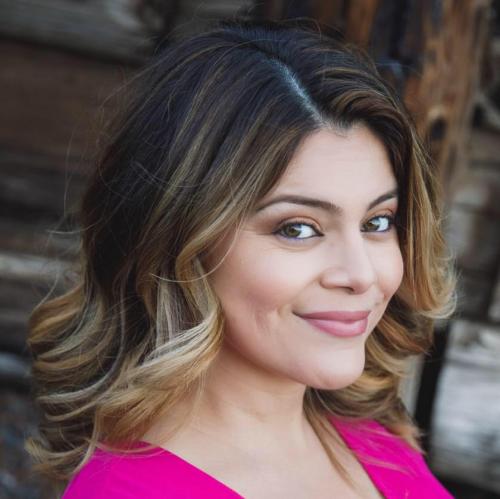 Nuria Santamaría Wolfe is co-founder and CMO of Encantos, PBC. Using the power of entertainment and technology to reimagine education for the direct-to-consumer age, Encantos builds purpose-driven family brands focused on kids 14 and under, including the Emmy-nominated, 2x Kidscreen award-winning #1 bilingual preschool brand Canticos, the food- focused Issa's Edible Adventures, the Day of the Dead-inspired bravery brand Skeletitos, and the adventure-based travel brand Tiny Travelers.

Encantos brings brands to life through content (including video, apps, and music), and consumer products (including books, toys, and apparel), and subscription services that have received awards and accolades from Common Sense Media, Kidscreen, Kirkus Reviews, Parents Magazine, Publishers Weekly, Romper, and School Library Journal, and many others.

An Emmy-nominated executive producer, Mrs. Wolfe was named by Ad Age a ‘Women to Watch’ and by DDN a ‘Top 40 Under 40 Tech Diversity: Silicon Valley’, among other recognitions.

She has been featured as an industry expert in articles for Ad Age, Advertising Week, Forbes, The Wall Street Journal, and others. She has been a featured speaker at a number of conferences including ANA, ARF, MCM, sfAMA.

Mrs. Wolfe is a passionate supporter of diversity and representation in the media and technology industries. She is an Executive Board member of HLx Collective - an organization committed to increasing Latino representation in the entertainment industry; and is on the board of the Stanford Latino Alumni Association of Southern California.

She graduated from Stanford University with a B.A. in Economics and a minor in Spanish.

For The Emmy: Nuria Santamaria Wolfe MS ’01 received an Emmy nomination in 2019 for the Canticos series on Nick Jr. Canticos is the bilingual preschool brand created by Encantos Media, a company Nuria co-founded in 2015.

Celebrating Culture: Nuria Santamaría Wolfe, MS ’01, was interviewed by the Associated Press for her amazing work with Canticos, a bilingual library of books, apps, and videos that was recently adapted by NickelodeonJr.  Her interview is featured in The Washington Times!