The 2020 Milken Scholars Summit in its virtual format! 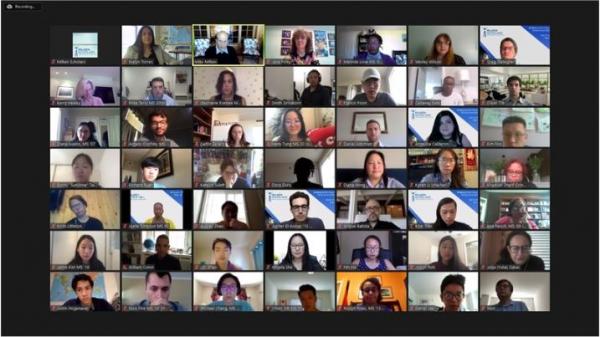 Founded in 1989 by Mike and Lori Milken, the Milken Scholars Program began with a group of 16 Scholars from the A. Philip Randolph High School in Harlem, New York and it has now become a family of 502 Scholars from over 200 high schools across Los Angeles County, New York City and Washington, D.C.

Embodying the Program’s pillars of scholarship, leadership, community service, and character, 19 new Scholars were welcomed by over 200 Scholars and Staff at this year’s Annual Summit.  The 2020 Scholars formed part of the group of 216 current Scholars and Alumni Scholars that came together for our one-of-a-kind 2020 Milken Scholars Summit.  The Summit is our annual flagship event that brings Scholars together for three days of reflection, connection and engagement.  This year’s event was 100% virtual, composed of live sessions and a series of recorded sessions with guest speakers, that spanned from July 24-August 1.  The theme for this year’s Summit, Bridging to the Future, allowed Scholars to engage in discussions around the current health and economic crises and the call for social justice.

The Scholar-led Summit featured 72 Scholars as panelists, speakers and session moderators, highlighting their stories as they shared personal and professional experiences and resources with those in attendance.  Additional guest speakers included:

Alumni Scholars led evening bonding activities including online Trivia.  Scholars were able to build new relationships and strengthen those that begin when Scholars join the Program and extend over time.  Together, we wish our current Scholars the best of luck as they start a new year of college, and look forward to connecting again during our virtual campus visits this fall.