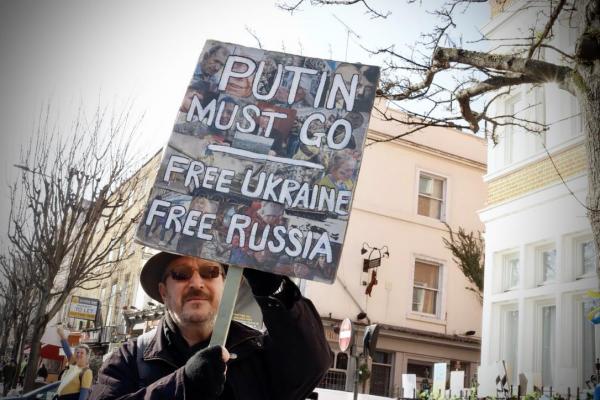 John E. Romer, an American economist, argued that competitive politics, not private ownership, are essential facets of an efficient and reliable state and economy. While Russia is neither a communist nor socialist economy, Putin’s destructive non-competitive leadership renders Russia economically “inefficient.” Not only is this inefficient demonstrated through Russia’s economy, but also in Putin’s violent war tactics.

However, measuring emotional damage, specially, trauma is more nuanced. Destress responses to trauma include a sense of vulnerability, sleep pattern changes, irritability, distraction, and isolation. Compared to air and noise pollutants, these negative externalities are more challenging to measure and observe.

During my spring break, I wanted to use the Milken travel stipend for witnessing and reporting back on the negative affect of emotional trauma from the Russo-Ukrainian war in Europe. The Milken Institute’s emphasizes helping people build meaningful lives in which they can experience health and well-being. By traveling to Europe, I can record the negative affect of the war through photography. I hope to uncover that the most productive European citizens deal with the war not through cancel culture but by educating themselves on the historical tensions between Ukraine and Russia. This research hypothesis aligns with the Milken Family Foundation's mission of achieving a satisfying life through education.

When I traveled in early March, the situation was dire for Ukraine. Already invading Belarus, Putin can push nuclear weapons up to the Baltics and against Poland. The brazenness of Putin’s aggression led to a shift in German foreign and security policy. Due to this shift, I opted to travel to Germany.

After my red-eye from Newark, I land in Frankfurt Am Main. Considered Germany's “financial hub,” Frankfurt handles most of the capital going in and out of the state. Germany recently placed economic sanctions, halting Nord Stream 2, a plan to deliver gas directly from Russia to Germany. With Russia accounting for nearly 40% of January oil imports, these sanctions have significant economic implications for Germany.

But arguably more tremendous implications lie beyond capital and within psychology. At the Russian Consulate in Frankfurt, many congregated with signs and candles. Emotional responses through protesters’ facial expressions were evident. Posters ranged from embodying calls to action, Photoshopped bloody portraits of Putin, and stark war images. Akin to much of cancel culture, the photoshopped images don’t effectively achieve much for the protesters in supporting a particular peace policy or sanction. But while these photoshopped posters are ineffective, they reveal how passionately German citizens despise Putin. The German people’s hate and resulting aggression are clear signs of negative affect. Several Germans stood outside of the consulate in solidarity. They protested on the streets close to the consulate, some directly to the police.

The most effective part of the protest was the call to action posters. By referencing the Nord Stream 2 and oil embargo, the group effectively shows how informing oneself over current policy can promote productive communication towards policy leaders. This education is what the Milken Family Foundation hopes to help citizens achieve for productive lives. 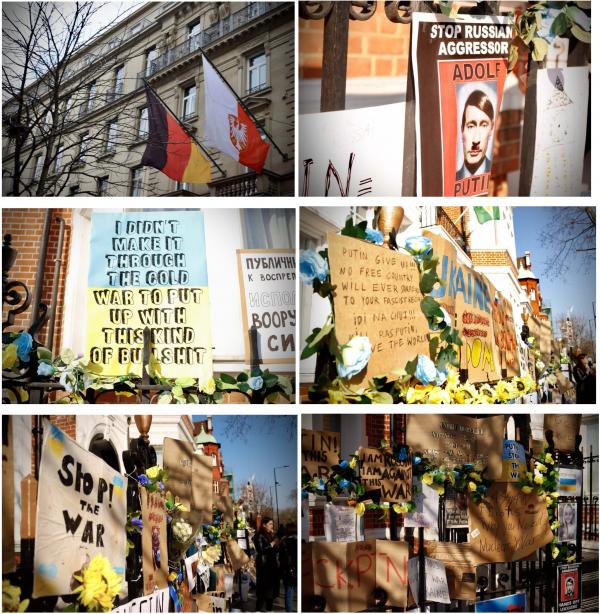