Program staff provide mentorship opportunities in a myriad of ways, both formally and informally.

Many Scholars find themselves being mentored one year and later returning this gift to younger Scholars.  The best part of Milken Scholar mentorship is that it benefits both the mentor and mentee simultaneously and helps to build a long-lasting bond.

As Sarah Hsu, MS ’13, explains, “as someone who has benefited so much from the kindness and generosity of my own Milken mentors, it is an honor to be able to give back to mentor our newest Milken Scholars.  The mentor-mentee relationship is certainly not a one-way street, as I am learning so much from the resiliency of my mentees and re-learning what it takes to be an effective and supportive mentor. As someone who hopes to be involved in medical education and teaching in the future, this experience is invaluable.”

One of the very first acts of support by Milken Scholars staff is to carefully match each of these New Scholars with Current Scholars who share their academic interests and attend their respective schools whenever possible.  Even when it is not, the assigned Milken Scholar mentor will still be a valuable source of support during the transition into college life.

During the school year Milken Scholar mentors are asked to check-in monthly with their mentees, and the program helps to facilitate these check-ins by reimbursing meal  expenses at their meetups.  It is one of many ways the Program incentivizes Scholars to come together.  A mentor-mentee meeting is an excellent way to enjoy a great meal in addition to a great deal of knowledge!

2018 Milken Scholar and mentor, Karen Li, reflects on her experience as a mentor during this challenging time of virtual classes, illustrating the importance of Milken Scholar mentorship.

“This year has been especially hard for all of us and with everything being virtual, it has been even harder to connect. By being a Milken mentor, I have been able to grow closer to a younger member of the Milken family I otherwise would not have met and give her advice about shared struggles.”

Karen adds that in addition to being a mentor, she is grateful to have been a mentee in the Milken Scholars Program, “because I have a wonderful mentor that I have been able to lean on throughout my gap year. It has been hard to not be able to see any of my friends since I am not on campus, but my mentor and I have continued to grow closer and I cannot wait to see her in person again.”

At the end of the year, this formal mentorship element ends, but that does not mean the support ends.  Milken Scholar mentors remain ready to help in many different capacities throughout their academic careers.  In addition, Alumni Milken Scholars often take on mentorship roles for those Scholars who are graduating and seeking to make the transition into graduate school or professional life.  Alumni Milken Scholars continually give back to younger Scholars through personal outreach and group programming.

Mentorship has always been an essential element of the Milken Scholars Program, and it has always been fostered in numerous ways, whether assigned or whether it has emerged organically through gatherings large and small.  Being a Milken Scholar means being a member of a vast network of Lifelong Leaders for a Better World. 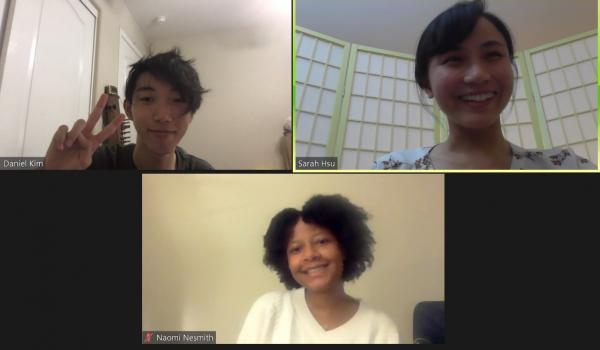