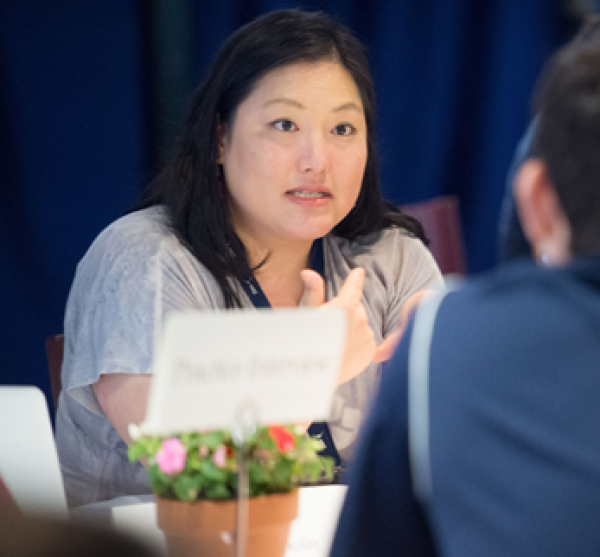 The year was 1999.  It feels strange to look back and realize that the Milken Scholars Program welcomed me into “the family” literally the prior millennium.  As I reflect on the last 19 years with the Program, I can find many moments of resonance—moments where an event or experience through the Scholars later proved useful in my life.

My very first interaction with the Program staff was the panel interview.  Four years later, I was in front of similar panels during my job search.  In a similar vein, my fellow Scholars defended their dissertations and presented at conferences before panels.  I believe we all applied at least one lesson learned from our original Program interview.

A few months after the panel interview, my 18-year-old self gave what I now consider a rookie-level acceptance speech.  I think I was delirious from a red eye flight and may have talked about my dress. It is likely not a coincidence that New Scholars now receive some basic coaching on giving their acceptance speeches!

The Program continued to provide me with opportunities to be on panels, serve as a mentor to other Scholars, and speak at the annual Summits and recognition dinners. In fact, the Program staff has (bravely) asked me to give the introduction to Mike Milken twice in the last 19 years. Each time, the opportunity has challenged me to think deeply on the subject or person, make a direct and personal connection to myself and to the audience, and—most important—pay attention to the energy of the audience. I now give many speeches and presentations in the course of my work and I apply the same concepts I have learned through the Program.

This embodies what I love about the Program and why I am so proud and grateful to have been a part of it. The Program and your fellow Scholars commit to you and are there for you as you develop over the course of your lifetime. They do not judge—they support.  That has been a powerful attribute that will keep me engaged in the Program for the next two or more decades.

Diana Hong helped to organize the Alumni Reunion that took place in New York City this past November.