Diversity in the US and Singapore 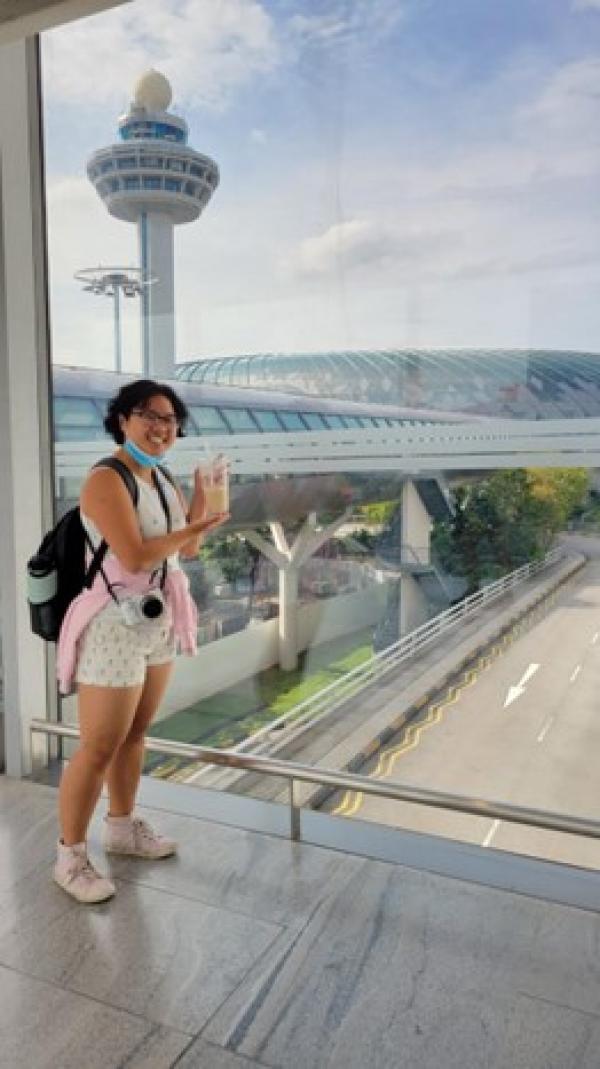 Growing up in Los Angeles, I was accustomed to living in a diverse hotpot of ethnicities where every street had multiple authentic family run restaurants. Moving to Boston, although still diverse, the type of diversity was different. Boston’s diversity came primarily from the many college campuses that call Boston home, bringing in students from all parts of the world. This summer, I had the opportunity to travel to Singapore and see for myself how the Singaporean diversity differed even more from both the Boston and Los Angeles diversities I had come to know and love.

As soon as I arrived at Singapore’s Changi airport, my senses were astounded. Changi airport, one of the largest international hubs in Asia, is also known for its connection to the Jewel Mall with famous local chain restaurants, stores, and exhibitions such as the tallest indoor waterfall! On top of all the beautiful sights, my ears listened to all sorts of languages being spoken, both Asian and non-Asian. My nose smelled wonderful flavors ranging from the Teochew noodles my mom used to cook at home in Los Angeles to the as yet unidentified kaya toast and laksa noodles I would learn to enjoy. And for my first meal, my mouth enjoyed the delicious taste of a boba milk tea, something I also commonly enjoyed in Boston and LA.

Later that same day, I went to the Newton Food Centre, also known as the location where the Crazy Rich Asians street food scene was filmed. The Newton Food Centre is one of the more well-known hawker centers (an outdoor food court) and tourist spot in Singapore due to its role in Crazy Rich Asians. However, scattered throughout the island are several other hawker centers, each one distinctly known for a different dish and each one taking cash only. Each hawker center stall specializes in a different dish such as barbeque stingray, frog porridge, laksa, and chili crab just to name a few. The recipes are passed down from generation to generation and stay within the family so that no one stall tastes like any other. At the Newton Food Centre, I ate satay, seasoned and grilled meat skewers served with peanut sauce and rice cake, and char siu, cantonese barbecued grilled pork.

Where LA and Boston have distinct ethnic communities, Singapore’s communities are all meshed together to form one large community that is uniquely Singaporean. This is evident in Singapore’s national language of Singlish which started out as a pidgin language and has evolved into a fully formed creole language. Even one’s daily caffeine order of coffee (kopi in singapore) or tea (teh in singapore) comes with its own meshing of languages. The word kopi comes from the malay language while the word teh comes from the hokkien language. Once decided on coffee or tea, one can also customize sweetness, milk type, drink concentration, and temperature by combining suffixes. For example, “O” from the hokkien dialect means black with sugar while “C” meaning “fresh” in hainanese means with evaporated milk and is similar to a latte. One can also order “Kosong” meaning empty in malay for a drink without sugar or milk. The many possible suffix permutations makes getting a caffeine fix in Singapore something uniquely Singaporean and unlike the espressos and lattes of the US.

While the US can claim to learn from its diverse population, it cannot yet compare to Singapore’s meshing of cultures. In the US, we try to listen to each other’s opinions on how different groups are affected by different actions and understand how perspectives differ based on background and life experiences, but at the end of the day, we each go home to our separate homes and do things the same way we have always done based on our own cultures and identities. In order for us to truly understand each other, we must live in each other’s shoes. We can start by celebrating our similarities with each other. Perhaps, instead of a Korean Cultural Festival, we can have an Asian Cultural Festival that showcases similarities throughout Asia. Rather than focusing on the special qualities of a certain group, we should integrate the groups similar to how Singaporean kopi integrates customizations

The US is very geographically spread out and contains people from many more places than Singapore which contributes to the maintenance of our distinct identities. However, that just means there is so much more we can learn from each other. There must be at least one similarity to be found in all permutations. After this trip, I am making it my goal to truly learn from those around me, to truly see where their ideas are coming from and how their experiences make them both similar and unique to me. Being in the US means I have the privilege of meeting people from all over the world and I should take advantage of that.