2019 marks the 30th anniversary of the Milken Scholars Program! 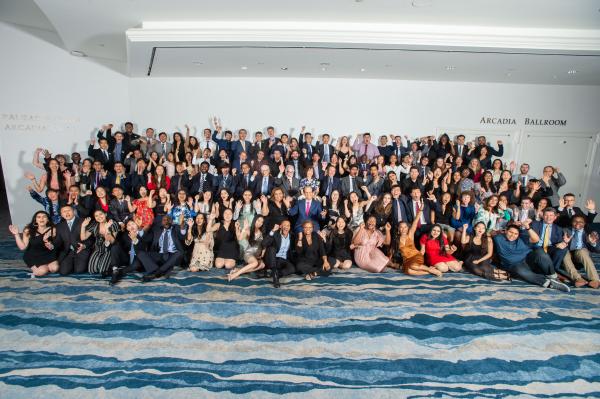 This year, we welcomed 27 new Scholars who embody our pillars of scholarship, leadership, community service, and the ability to overcome obstacles. The 2019 Scholars joined the ranks of the current Scholars and select Alumni Scholars at the 2019 Milken Scholars Summit- our annual flagship event that brings Scholars together for a weekend of reflection and growth. The theme for this year’s Summit, Driving Shared Prosperity, was fitting as we reflect on the success of these past 30 years and look ahead to how Scholars can continue to be, “Lifelong Leaders for a Better World.”

107 Scholars were in attendance, engaging with each other and with guest speakers at the top of their respective fields. Attendees not only had the opportunity to hear from the program’s Co-Founder, Mike Milken, but also had the chance to engage in thought-provoking sessions including:

After a weekend of personal and professional development, the 2019 Milken Scholars Summit culminated with the Los Angeles Recognition Dinner in celebration of the 16 Scholars selected from Los Angeles County this year. With this final joyful, inspirational evening, we bid a fond farewell to our Scholars until October when we travel to college campuses across the country to see our Scholars in action!