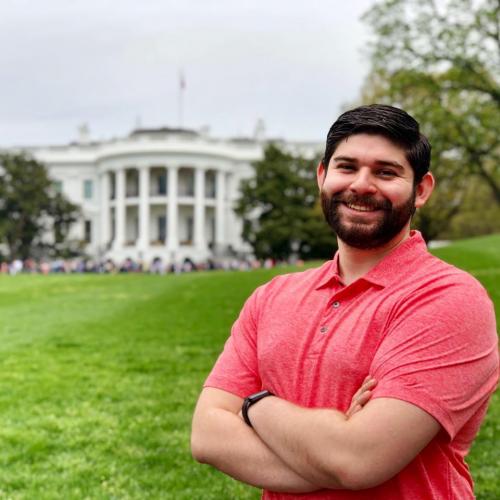 Thomas began as a Finance Assistant in the Cisneros for Congress campaign, in what would become the most expensive, non-special election, House race in American history ($36 million). He rose through the ranks to become Policy Director and Special Assistant, a role he maintained through the successful conclusion of what Politico called, “the weirdest race in the country.” Upon the election of Rep. Cisneros, Thomas transitioned from politics into policy. He entered the 116th Congress serving as Legislative Correspondent for Rep. Cisneros, building and overseeing the mail program. Under this role, he was directly responsible for sending 135,353 letters to constituents. He was then tapped to support Rep. Cisneros as a Legislative Assistant on a variety of issues, including Agriculture/Nutrition, Animals, Diversity, Energy/Environment, Financial Services, Foreign Affairs, Immigration, Postal, and Small Business.

Thomas received his Bachelor of Arts from Pomona College with a double major in Politics and Economics.