Organizing on Campus: An interview with Amira Chowdhury 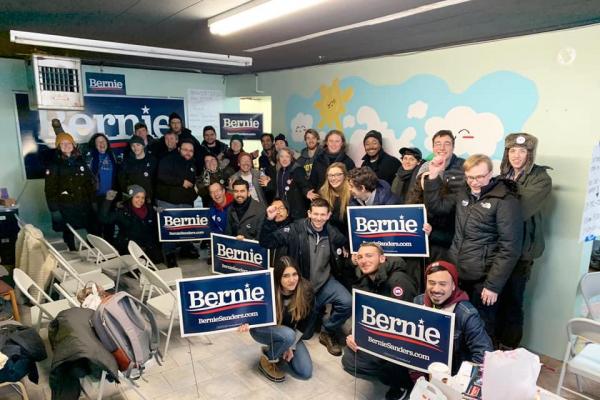 Amira Chowdhury is a 2018 Milken Scholar and student at the University of Pennsylvania, majoring in Urban Studies and Political Science and minoring in Urban Education.

What organizations are you involved with at Penn and in what capacity?

Amira: My primary involvement at Penn is with the Penn Justice Democrats, which was formerly known as Penn for Bernie, which I co-founded. My other main involvement is that I co-founded and help lead Asian American Pacific Islander Politics (AAPI Politics). Freshman and sophomore years, I was stepping in and out of involvement with different organizations like the Government Politics Association, the newspaper, and more, trying to find my homes on campus. I would help organize events to bring in different activists and scholars on campus, I volunteered for civic and community organizations in the larger Philly area, and I’m also part of other organizing and activist spaces on campus calling for the school to divest from the police and fossil fuels and invest in the West Philly community.

My engagement with all of these different organizations came about because of my passions for politics and activism, and navigating through the various political organizations and spaces on campus to figure out what are the ideologies and commitments that align with myself. Are they invested in something that is forwarding the causes that I’m committed to? When I realized that there weren’t any spaces that exactly aligned, I started my own. It starts with going to activities fairs or going on the school’s club listings website and going to a meeting or two with each group that sounds interesting to you. It’s important to spend time getting to know the lay of the political landscape at your school. As you explore, you get to know people in these groups and develop relationships, and that’s the key to any sort of organizing efforts you’re trying to build. You want to make sure that the various campus leaders and organizations know who you are and it’ll make your organizing work much easier. The other thing is to recognize that even though your politics might not fully align with another org, you are building a relationship because the work is eventually interconnected. Having allies in other spaces will be a big help when you start organizing around individual issue-based campaigns.

How exactly and why did you co-found the Penn Justice Dems and AAPI Politics?

With Penn AAPI Politics, I had been at Penn for 5 or 6 months and I was highly involved with various policy and politics related orgs. The policy initiatives at Penn specifically are all run through the Wharton School of Business, so those spaces were a little cut throat and that felt very distant from me and what I’m invested in. These spaces were also heavily white and focused on a domestic dialogue without any cross sectional or intersectional focus. It became clear to me that the apolitical nature that many Asian Americans carry in national electoral politics was very much alive on Penn’s campus as well. So I set out to create infrastructure on campus to help activate the AAPI political community, and also allow majority white political spaces to then engage with us and be exposed to an affinity based political group so we can have dialogue. I worked with the Pan Asian American Community House (PAACH) and found some mentors there, which was key to getting the organization off the ground and giving us guidance. I built relationships with the staff members and directors there and they provided space in the PAACH living room for our meetings to connect with other orgs, or host service events, and my mentors will even help me with the nitty gritty financial stuff. By the way, Penn AAPI Politics is the only affinity-based political group on campus.

With the Bernie campaign, I worked on the 2016 campaign for over a year and that paved the pathway for me to figure out how to orient myself in my electoral work. There was no org that was explicitly supporting Bernie on campus, so I started one with a close friend and over the year, we had over 200 members of Penn for Bernie. Now we transitioned into Penn Justice Democrats after the campaign suspended because before this, Penn only had the big democrat and big republican groups, with nothing on the outside. Penn Dems was the liberal hub on campus, but it really only felt open to neoliberal ideologies. Those on the populist left or more progressive side of the spectrum felt alienated at club meetings or just chose not to get involved so we wanted to open a space up for those people to feel comfortable. We are really in sharp contrast with the Penn Dems actually, like they phone banked for Eliot Engel while we worked to counteract that and phone bank for Jamaal Bowman in the recent NY congressional election. So we are developing a strong left coalition and making the broader leftist movement on campus more visible.

I’ll refer back to the interconnectedness part. When we transitioned into Penn Justice Dems, we realized we had like 150 or 200 people who supported us. That’s a strong base and we wanted to leverage our power. We can do that by collaborating with other orgs on campus that are oriented from the left. It’s so decentralized, like there’s so many issue based campaigns and so much happens, but there’s a lack of coherency. So we reached out to all these progressive leaning orgs like the Lotus Collective, who discuss black radical texts and traditions and black Marxism and other groups too. Because of us reaching out for partner events, now everyone in that org knows about us. So the idea is just to keep co-sponsoring as many events with as many different groups as possible and members of those groups who get exposed to what our group does might join down the line. The running trend in my work again, is all about the importance of relationship-building and interconnectedness. That’s how you really build solidarity on campus to maximize your ability to make change.

How do you or these orgs that you help lead interact with the larger Philly community to build solidarity outwards from campus as well?

Well with Penn for Bernie, we collaborated with Bernie’s actual campaign operating in Philly. They would come to our campus to help canvass, we would go outwards into different parts of Philly to door knock. So finding other groups based in Philly that are working on similar issues that we are is key. These collabs need to be intentional and meaningful though. Through Philly for Bernie, we met tons of influential activists and organizers in other arenas in Philly, like 215 Philly or Philly Pride, or other left or labor-oriented activists, environmental activists, and more. So we are continuing to leverage those relationships to host more service events outside of Penn’s campus.

With Penn AAPI Politics, we work all the time with other AAPI community-based organizations in Philly. Asian Americans United for example does electoral engagement work in the Asian American communities in Philly, we meet with Vietnamese groups, and we do a lot of work trying to organize Asian Americans in Philly to fill out the census for 2020 as well. These partnerships came about not because of cold emails, but because we connected with them through PAACH, and the two directors already have existing relationships with these organizations that are built on trust. So for anyone else trying to reach outwards to communities outside of campus, make sure you check with other organizations or even individual university staff members or professors on campus that might already have relationships. 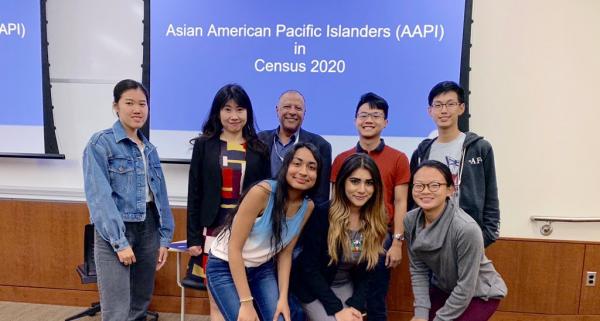 Anything else you’d like to add about organizing on campus?

Emphasizing the most important points, if anyone is interested in organizing on college campuses or really anywhere, you have to realize you can’t do this alone. You have to seek out groups that can help, mentors, and other people who can support your work. You have to have a general understanding of where the other organizations on campus or in the community stand and which ones you can call on to help. And then you have to build those relationships and seek out collaborations. When you see big clubs on campus with huge membership, you have to remember that those did not happen in a day. Many of them have built that over years and decades. So when you start a new group, go in with the assumption that you’re not going to get a strong turnout at first. Name recognition will snowball if you make efforts to connect with other orgs and in those events, make an attempt to talk to people about what you stand for. Say your name, talk to them genuinely and like humans and not potential nodes in your network, connect on Facebook at the end of the event, and you’re on the path to growing your impact from there.