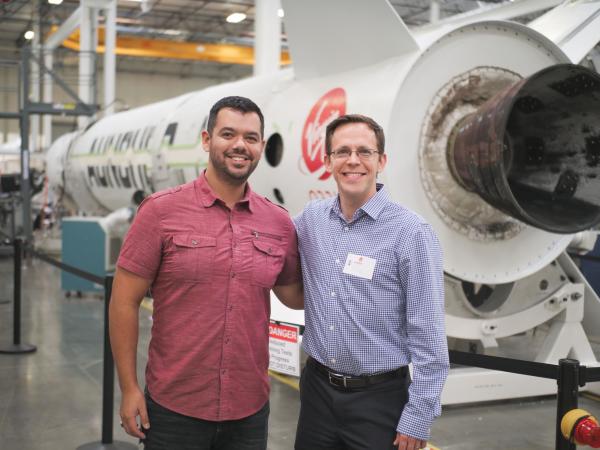 Here is your eye-opening Milken Scholar story of the day: Omar Hernandez, a 2003 Alumni Scholar, is helping to build rockets that are launched off the wing of a flying 747 airplane.

Omar is a Mission and Program Manager at VOX Space, where he is overseeing the development of rockets that will deploy small satellites into low earth orbit (LEO).  What makes these rockets truly special is that they are deployed from an airborne 747 airplane—a novel concept that allows Virgin Orbit, the parent company of VOX Space, to launch satellites from virtually anywhere at any time.  This is a revolutionary feat because, until now, NASA and private space companies have mostly launched rockets from two ground-based launch pads in the United States: Vandenberg, California, and Cape Canaveral, Florida.

On Friday, October 12, 2018, Omar gave me an exclusive tour of the Virgin Orbit Rocket Factory in Long Beach, California.  What I saw blew my mind.  The Rocket Factory is a vertically integrated facility, meaning that Virgin Orbit builds every rocket substructure in-house.  3D printing machines produce small, yet intricate components.  On the opposite side of the size spectrum, large and imposing rocket bodies are on display for all to see.  Omar showed me flexible sheets of carbon fiber—the raw materials that eventually become the molded casings of the rocket ships.

Perhaps even more impressive than the Rocket Factory was the trajectory of Virgin Orbit’s explosive growth.  Just a year and a half ago, when Omar arrived, there were about 200 employees.  Virgin Orbit now boasts over 600 employees.  As the only company able to launch rockets anywhere at any time, Virgin Orbit seems poised to capitalize on its market position as the demand for small satellites continues to grow.

During our tour of the Rocket Factory, Omar humorously noted that none of the rockets on display would have been possible without the Sex Pistols.  I looked at Omar quizzically, struggling to discern the causal connection between a 1970s British punk rock band and the futuristic space hardware before my eyes.  Omar laughed and noted that Virgin Orbit was just one of several Virgin companies founded by Sir Richard Branson, and that Branson’s original claim to fame was Virgin Records.  Moreover, Branson’s discovery of the Sex Pistols is what put Virgin Records on the map.

As we concluded our tour, Omar had one request.  He asked me to put him in touch with any Milken Scholars who are interested in aerospace engineering and are looking for career pathway advice.  I suddenly realized that there is at least one thing more impressive than a rocket-scientist: a rocket-scientist who wants to give back. 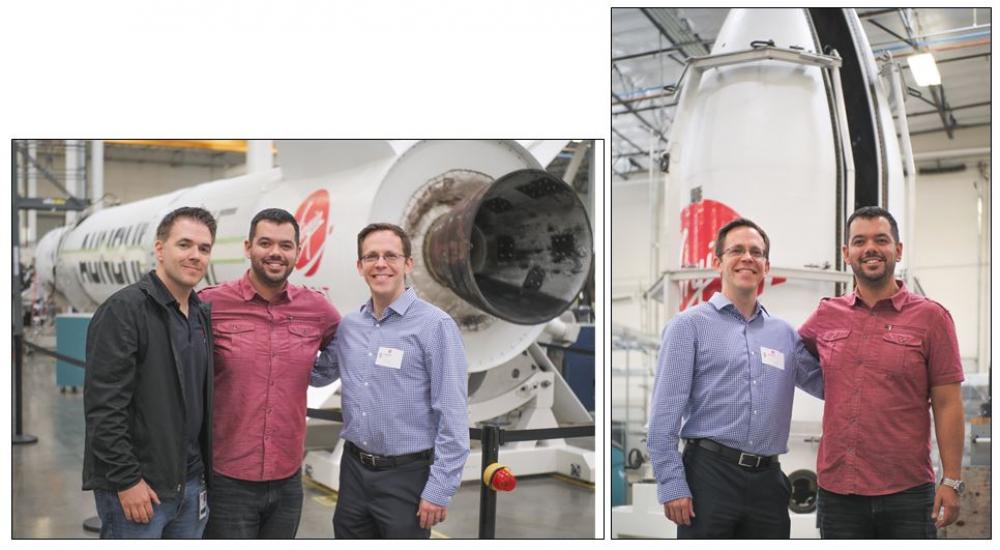