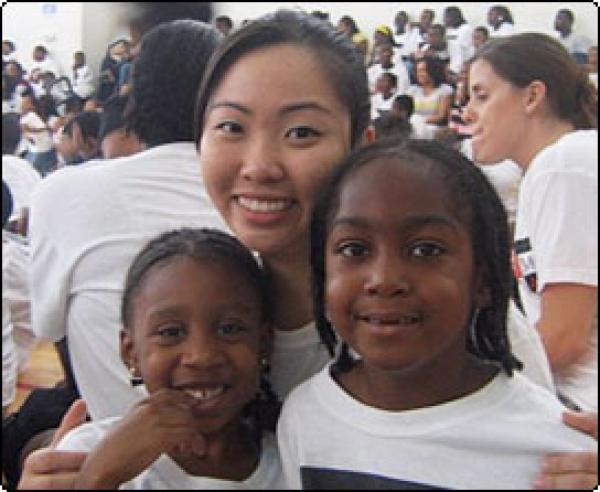 In addition to graduating this summer with a double major in business administration and political science, she has amassed an impressive record of community service, world travel and campus involvement, and no one expects her to slow down any time soon.

During her freshman year she produced and directed a multimedia evening event that focused on women at Loyola, and she spent that summer as an intern for California State Senator Gloria Romero. She also became heavily involved with Loyola's Gryphon Circle service organization. Over the next year, she served as a volunteer math and English tutor at a school in downtown Los Angeles and traveled to Tijuana to help build low-income housing.

During the 2006 spring break, Bonny went to Northern Ireland as a community level volunteer with an organization dedicated to peaceful reconciliation and progress in an area that had been torn apart by civil strife for a long time. She hardly had time to put her passport away by the time the fall semester rolled around, and with it a few months of study and travel in China.

She spent the summer of 2007 working for Americorps in New Orleans as a YMCA Camp Counselor, where she coordinated recreational activities and taught seventh and eighth grade students English, math and writing in preparation for the state's standardized tests.

"It has been two years since Hurricane Katrina first devastated the city, and it broke my heart to discover how many families are living out of trailers while their homes are slowly being rebuilt," she recalled. "It was very hard work that I did, but my time there is unforgettable."

e, and will continue her work- study job as a peer mentor to freshman students. As amazing as all of that may seem, we have no doubt that she will squeeze in enough time to study and ace her finals.