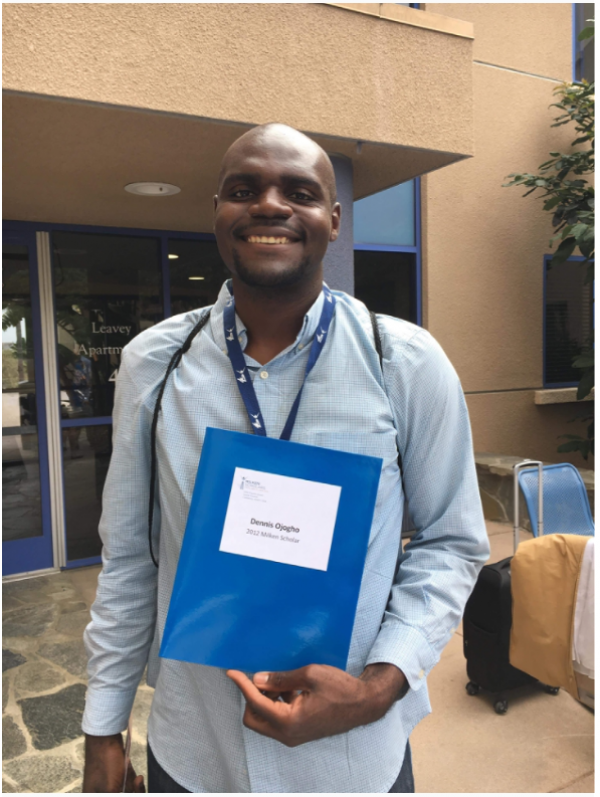 Do you believe, as Peter Parker does, that with great power comes great responsibility?

The enticing prompt was posed in the early morning, not to a group of comic enthusiasts, but to Dennis Ojogho, MS ’12, and his 1L peers at Harvard Law School. The class ponders the question, relating it to the International Economy and debating whether a nation should take an active role in policing foreign businesses employing foreign workers on foreign soil. For example, does the Unites States, as a leading economic power, have the right and responsibility to impose certain safety regulations on foreign companies and nations that neither employ our citizens nor operate on our soil, but sell to our consumers?

Typical in a room of lawyers, trained to think critically and see things from different perspectives, there is no consensus to the role that nations should play in the international field.  The debate is healthy and could have real consequences given that in the coming years, those in this class may find themselves working for the government or a multinational company faced with these very concerns. Well into his first year of law school, Dennis weighs in:

Do world powers have a right and a responsibility to impose rules and regulations on their foreign partners?

I don't know if I would go so far as to say "impose" because I do believe nations have to respect the sovereignty of other nations. What I would say, however, is that Uncle Ben's advice to Spider-Man holds true in international law--with great power comes great responsibility. I believe powerful nations have a moral responsibility to uphold certain standards, especially when it comes to labor, environmental protection, and human rights. The United States, the European Union, and China have such large economies that what they choose to do will have ripple effects throughout the world. These great powers must uphold the highest standards so that the next generation of humanity can inherit a better world than the one we found.

What do you hope to accomplish with your law degree? How do the themes of this class align to your goals and aspirations?

I hope to use my law degree to be an advocate for the people of South Central Los Angeles. I am especially interested in the intersection between education and housing. I have a vision of great schools and affordable homes in my home neighborhood, and I believe the law can be a tool for me to help shape my city's policies to be more attuned to that vision.

What influenced you to pursue law school?

I was inspired my mother, who has worked as a civil servant with the County of Los Angeles nearly all her adult life, to choose a career path that would allow me to serve people directly. When I looked at the biographies of people I admire, such as Nelson Mandela, Thurgood Marshall, and Michelle Obama, I noticed that law school was a common thread that ran through their public lives. I hope to use the law to effect positive social change just like my heroes have before me.

You participated in Harvard’s Junior Deferral Program. What advice would you give to undergraduate Milken Scholars who are deciding between enrolling in law school immediately upon graduation or deferring enrollment for a few years?

I am a big proponent of taking some time to get real world experience between college and law school. I can say firsthand that the first year of law school is no breeze. I remember feeling somewhat burned out after my senior year of college. I could not imagine going straight into what I am doing this year right after college, at least not with the same level of clarity of purpose and energy that I have now. Working as a youth organizer at Community Coalition in South Los Angeles in-between college and law school gave me the perspective and renewed focus I needed to be the absolute best version of myself going into my first year of law school.

Stepping back from international economy and taking it in a more general sense, do you believe that, “with great power comes great responsibility”?

Absolutely. My Property professor, Yochai Benkler, said something profound to my section at the end of our final class. He said that as future Harvard Law graduates, we would be graduating with immense privilege. And we had a choice. We could choose to use our privilege for ourselves. Or we could use our privilege to better society. The older I get, the more I realize just how much more meaningful life really is when I am engaged in work that is helping someone beyond myself. I intend to continue using this immense privilege to help make this world a better place. I wrote about this very topic as my last column piece in the The Harvard Crimson during my undergraduate days. It's called "What Problem Are You Going to Solve?” Check it out here.

It is clear that Dennis is intent on paying it forward. And one would hope for no less in a Lifelong Leader for a Better World. 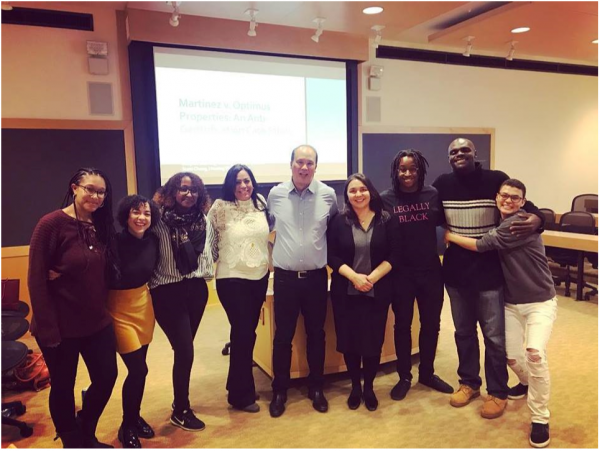