Before Airing that TV Show, Check in With Monica Trujillo-Jamison! 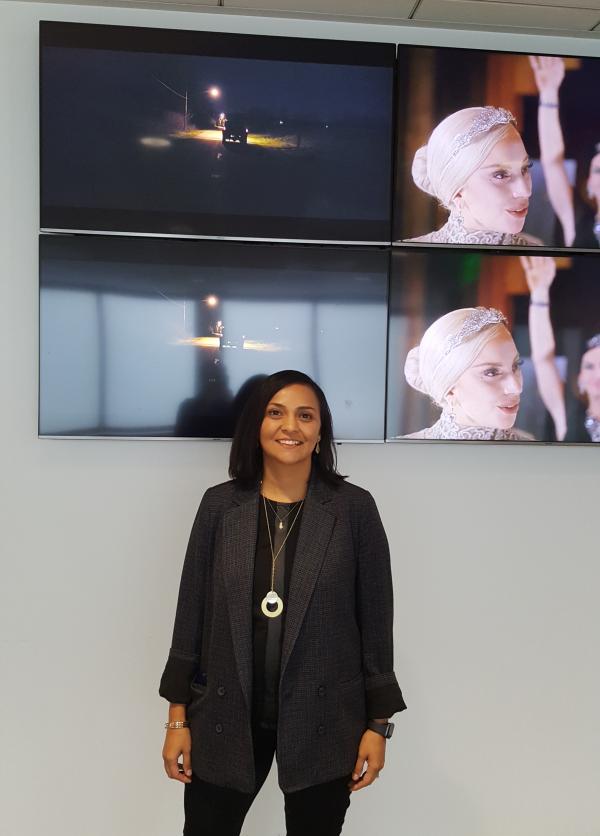 Alumni Scholar Monica Trujillo-Jamison helps television show producers and networks decide which programs may be a hit and which ones may have limited appeal.  As Vice President of Client Services for Screen Engine/ASI in Valley Village, California, Monica works with a variety of television networks and content producers, especially those with a multicultural focus.  She draws on her multicultural expertise in content and marketing evaluation to help her clients understand how audiences will react to various programs before they make it on-air.

“One of the perks of this job is that I get to watch the shows before anyone else,” Monica explained.  “Even more exciting, when the show is aired, I sometimes see how my feedback made an actual impact on the show.”

Monica utilizes a variety of tools and research methodologies to help her clients determine which programs will be crowd pleasers.  “We bring viewers into our facilities, where we have theatres for screening the TV shows,” she said.  “During the screenings, our clients hold a dial.  If they turn the dial to the left, that means they don’t like what they’re watching.  If they turn it to the right, then they’re enjoying it.  Afterwards, we compile and analyze the data to determine which scenes resonated most with the audience, which should be promoted in commercials, and which ones our clients should consider deleting.”

In addition to participating in the dial sessions, viewers oftentimes engage in focus groups.  Monica brings the audience into a separate room after the screening where they discuss the show they just watched.  On the other side of a two-way mirror, Monica’s clients watch and listen for critical feedback that could determine the fate of a particular show.

Monica also administers written surveys to viewers, which provide yet another key input into her overall analysis.  “We like to get multiple forms of data so as to ensure that our analysis is multi-layered and robust,” she noted.

She also takes careful note of her audience.  “Whether it’s the dial analysis, the focus groups, or the surveys, we take into consideration whether each member of the audience is a loyal viewer, a possible viewer, or an unlikely viewer.  One of our main goals is to attract more of the possible viewers—and we of course do not want to lose our loyal viewers.”

A decade ago, this graduate of the University of Pennsylvania and Princeton never thought she would be working in the entertainment industry.  “I studied sociology in both undergrad and graduate school with the original intention of becoming professor.  Through my academic training, I became adept at statistical and data analysis, and eventually realized that I could utilize my skill set in a manner that had real-world impact.”

Next time you are watching a Spanish-language television show, just remember that Monica Trujillo-Jamison may be the reason why you are enjoying it so much. 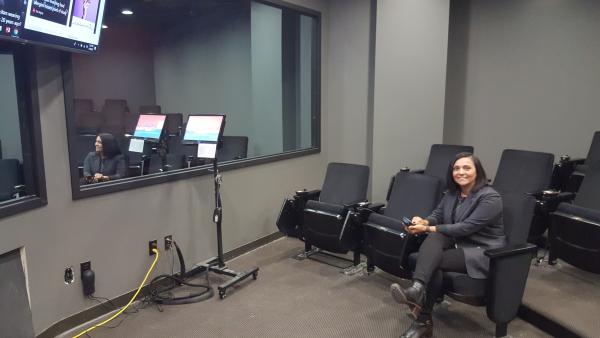 Monica Trujillo-Jamison, MS '02, in the screening theatre holding the dial participants use to indicate their enjoyment of the show.